Prime Minister Sheikh Hasina today renewed her vows for tougher and continued crusade against corruption for expedited development pace and sought the countrymen’s vigil against any impediment to upset the nation’s journey forward.

“There are elements who look for ways to grab people’s wealth using different techniques, (but) we have taken strict stance against corruption,” she said in a nationwide televised address coinciding with the beginning of the third year of the third term of her government.

Sheikh Hasina said the corrupt elements irrespective of their political or party links and influence “are not being and will not be” spared to clear the development highway obstacles and reminded all that the Anti Corruption Commission was carrying on its mission “independently”.

The premier simultaneously sought everyone’s sharp vigil against any obstacle that could hinder the rapidness of the current development pace saying the nation was now embarked on a journey on the development highway.

“We are firmly committed to removing all hurdles on the way of development,” she said adding that, at the same time, her government would do everything needed to ensure people’s civic and democratic rights, upholding the rule of law.

Sheikh Hasina said her government prevented the rise of militancy with an iron hand and kept its cultural and spiritual heritage of being a nation of interfaith harmony.

“The followers of all religions faiths and casts have been living together maintaining mutual respect and they will do so in the future as well,” she said.

The premier said the COVID-19 pandemic left a huge scar throughout the globe when the cyclone Amphan, repeated and prolonged flooding alongside the pandemic exposed Bangladesh economy to a deeper crisis, which “we managed to overcome with firmness”.

“The world is yet to be freed from the coronaviris crisis (but) by the grace of Almighty Allah the death rate and infection rate caused by the pandemic continued to remain much low in Bangladesh,” she said.

Sheikh Hasina said her government put in its all efforts to contain the pandemic and ensure the import of its vaccine as quick as possible.

“Frontline warriors like physicians, health workers, and law enforcement agency members will have the priority in getting the inoculate as soon as the vaccines are available” in the country, the premier said.

She reiterated her clarion call upon all to follow health guidelines, meanwhile, such as wearing of facemasks properly.

The premier said Bangladesh kept stabilized its economic performance defying COVID-19 onslaughts and “according to our estimates this year our GDP growth rate will stand at 7.4 percent.

She said different international agencies predicted Bangladesh to be on the top of the countries with higher GDP growth in Asia while the International Monitory Fund (IMF) report said Bangladesh was third top scorer among the nations across the globe.

Sheikh Hasina pointed out that the Bangladesh GDP last year grew by 5.24 percent when the per capita income stood at US$2,064.

The new year in the Gregorian calendar marked the beginning of the third year of the incumbent government’s current term when the nation awaited golden jubilee celebrations of the Independence amidst Father of the Nation Bangabandhu Sheikh Mujibur Rahman.

“The coming March 26 will mark the golden jubilee of our Independence. We will celebrate it with all festivity InshaAllah if the coronavirus disappears. Simultaneously the Father of the Nation’s birth centenary functions will continue,” the premier said.

The Prime Minister said that remarkable developments since her government’s assumption to power in 2009 by now was established Bangladesh as a self-dignified country in the global stage.

“(Yet) we have miles to go. The path might be smooth or uneven. We have to reach the desired target however difficult the path is, as the Bangalee is a nation of heroes,” she said.

“If we work hard and perform our duties with honesty and patriotism, We will be successful, InshaAllah.”

The premier urged the nation to take a fresh vow to build a welfare-oriented and non-communal Bangladesh eradicating hunger, poverty and illiteracy as dreamt by Bangabandhu.

Sheikh Hasina was sworn-in as the Prime Minister for the fourth time, third in a row, on January 7, 2019 after her Bangladesh Awami League secured a landslide victory in the general elections held on December 30, 2018.

Sheikh Hasina outlined her government’s policies and strategies to negate the pandemic impact on Bangladesh economy particularly keeping in mind the issues of poorer people.

“We have so far announced stimulus packages of Taka 1.21 lakh crore which is equivalent to 4.3 percent of the total GDP. We are still continuing the process considering the situation,” she said.

Sheikh Hasina said during the crisis the social safety net was widened to bring around 2.5 crore grassroots people under financial and other assistance programmes.

The premier said the pandemic forced closure of educational institutions in Bangladesh as elsewhere in the globe but students continued to attend classes on virtual media.

She said the schools and other educational institutions would be reopened as soon as the normalcy returned.

The premier said her government continued to make all efforts to resolve another crisis involving the Rohingyas of Myanmar to send peacefully all the 1.1 million of them back to their homeland, from where they were forcibly displaced.

“I call upon the international community to take more effective measures to repatriate Rohingyas to their own country,” she said.

Sheikh Hasina said her government built improved and well designed infrastructures in Bhasanchar to accommodate one lakh Rohingyas there.

But, she said, only those who voluntarily expressed their desire to be moved to the island were being relocated there from their current crammed makeshift abodes in Cox’s Bazar.

The Prime Minister said her government has been working to establish peace in the world following the foreign policy “friendship to all, malice to none” adopted by Father of the Nation Bangabandhu Sheikh Mujibur Rahman.

She noted with happiness that Bangladesh at this moment has secured the number one position in terms of peacekeepers number in the United Nations blue helmet missions in troubled parts of the globe.

The premier said the Covid-19 pandemic not only affected Bangladesh but also put a huge negative blow on the global economy.

She said the government has been trying its best to keep the wheel of economy rolling through different policy supports and financial stimulus schemes such as Taka 121,000 crore packages, cash incentive to 2.5 crore marginal people and expansion of social safety net etc, she said.

Referring to the achievement of 5.24 percent GDP growth in the last fiscal during this pandemic, Sheikh Hasina said GDP growth has been projected 7.4 percent in the current fiscal and several international organizations have predicted Bangladesh’s economic growth in 2020 will be the highest in South Asia.

Besides, IMF’s report said Bangladesh would secure third position among the highest GDP registered countries in 2020 while the country was in number 9 among the 66 emerging economies in 2020 as per the Economist magazine, she added.

Sheikh Hasina said Bangladesh would be the 24th largest economy within 2030 as forecast by the World Economic Forum.

The prime minister said the Eighth Five Year Plan (2021-2025) has been approved last week that aims to cut down poverty rate to 15.6 percent and extreme poverty rate to 7.4 percent along with registering 8.51 percent GDP growth at the end of 2025.

The head of the government also highlighted implementation status of different mega projects such as Padma Bridge (82 percent) after the installation of the last span, first unit of 1,200-MW Rooppur Nuclear Power Plant (80 percent) and tunnel under Karnaphuli River (62 percent).

Requesting the countrymen to remember the measurable scenarios of the power supply system before 2009, Sheikh Hasina said her government has added 19,000 MW power to the national grid during 2009 to 2020 and now the daily generation capacity has stood at 24,421 MW.

Population coverage of electricity has reached 99 percent from the 47 percent in 2005-06, while a 1,320-MW power plant at Payra has been installed recently and the work for other power plants with 7,800-MW capacity at Rampal, Payra, Banshkhali, Moheshkhali and Matarbari are going on, she said.

The premier said all houses would be illuminated as the government would provide power connection to cent percent population during the “Mujib Borsha” and the golden jubilee of the country’s independence.

Mentioning that Bangladesh secured third spot, climbing from the fourth place in rice production, she said continuous policy support and stimulation to the agriculture sector has helped to achieve this success.

Turing to the road communication, Sheikh Hasina said the government has developed 63,655-km rural road while upgraded 453km highways into four-lane during 2009 to 2020. “The construction work of 46.73-km elevated expressway in Dhaka from airport to Kutubkhali would be completed by 2020 and upgradation work of 661-km highways is progressing fast,” she said.

Besides, the premier said, the government has set up 451-km new rail line, while renovated 1,181km rail track and constructed 428 rail bridges during 2009 to 2020 along with laying the foundation stone of 4.8-km Rail Bridge on the Jamuna River few days back.

She went on saying the government has procured a total of 1,040 locomotives, passenger carriages and goods-laden wagons along with introduction of 137 new trains to Bangladesh Railway.

The prime minister said digital technology has emerged as a bliss and key medium of communication and trade-business during the Covid-19 pandemic thanks to the farsighted plan of establishing “Digital Bangladesh” taken by her government.

The number of internet users has exceeded 11 crore mark during this Coronavirus period, she said, adding internet connection has been provided through fiber optic cable to 18,434 government organizations and 3,800 unions.

Sheikh Hasina said the country’s own satellite Bangabandhu-I has been providing feed to all local satellite TV channels and internet to remote islands as well as offering services to private banks and Bangladesh Army.

The premier said academic activities are being continued through television and different online platforms for the students when the school and colleges remain closed.

Moreover, distribution of free textbooks has been started from the very first day of the New Year, she added.

Sheikh Hasina said the government has provided a total of Taka 2,958 crore as stipend from primary to higher education level in fiscal 2019-20 and Taka 111 crore to 2,10,049 honours or equivalent-level students under education assistance trust of the Prime Minister in 2020.

The premier said each primary school student will get Taka 1,000 as kit allowance in 2021 on the occasion of Mujib Borsha and the scheme will require a total of Taka 1,400 crore.

Besides, she said, a total of 148,061 teachers and employees of 7,624 MPO-listed Madrashas are receiving Taka 276 crore each month as salaries and allowances.

Sheikh Hasina said the government has included 499 new Madrashas in the MPO list in 2020, while Taka 3.15 crore is being given as grants to 4,529 teachers of 519 Ebtedayee Madrashas in every three months.

In addition, 560 model mosques and Islamic cultural centers are being constructed across the country, she said. 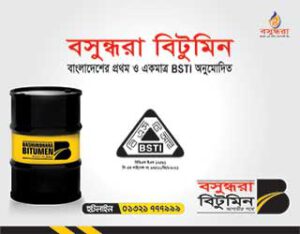 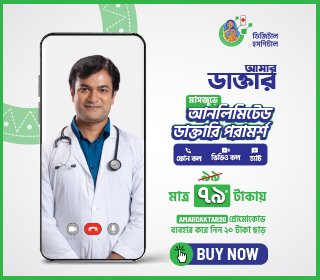